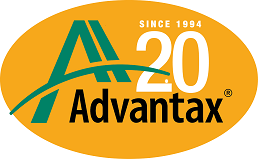 In looking back at the 20 year history of Advantax, those first five years really bring a smile to my face.  Taking an idea and bringing it to life. Positively impacting an industry and the customers in it. Learning on the fly.  Long hours.  Loving every minute of it (to quote Def Lepard who was still popular at the time).  How many of you were involved with us from 1994-1999?  Did you know that in that time we moved from the basement to our first office and then expanded that office three times? It seemed that about every six months we were expanding or at least thinking about it.

One of my favorite traditions was established in the first year with our first really big agreement with a major food service company.  I remember bidding on the outsource against Coopers & Lybrand and Arthur Anderson, two of the largest accounting firms in the world at the time.  When we were awarded the contract we asked what made the difference and they said it was our approach and how professional we came across in the bidding process.  They may or may not have known that we were working from the basement at the time.

Wanting to celebrate the event and being on a tight budget, I went out and got Red Dog Beer.  Anyone remember that beer?  It was lousy but cheap, and they had cool commercials.  A six pack was more than enough since there were only three of us at the time.  It was our first Red Dog Friday.  The tradition of celebrating “Red Dog Fridays” continues to this day, 20 years later. Only now we get better beer and need a lot more.