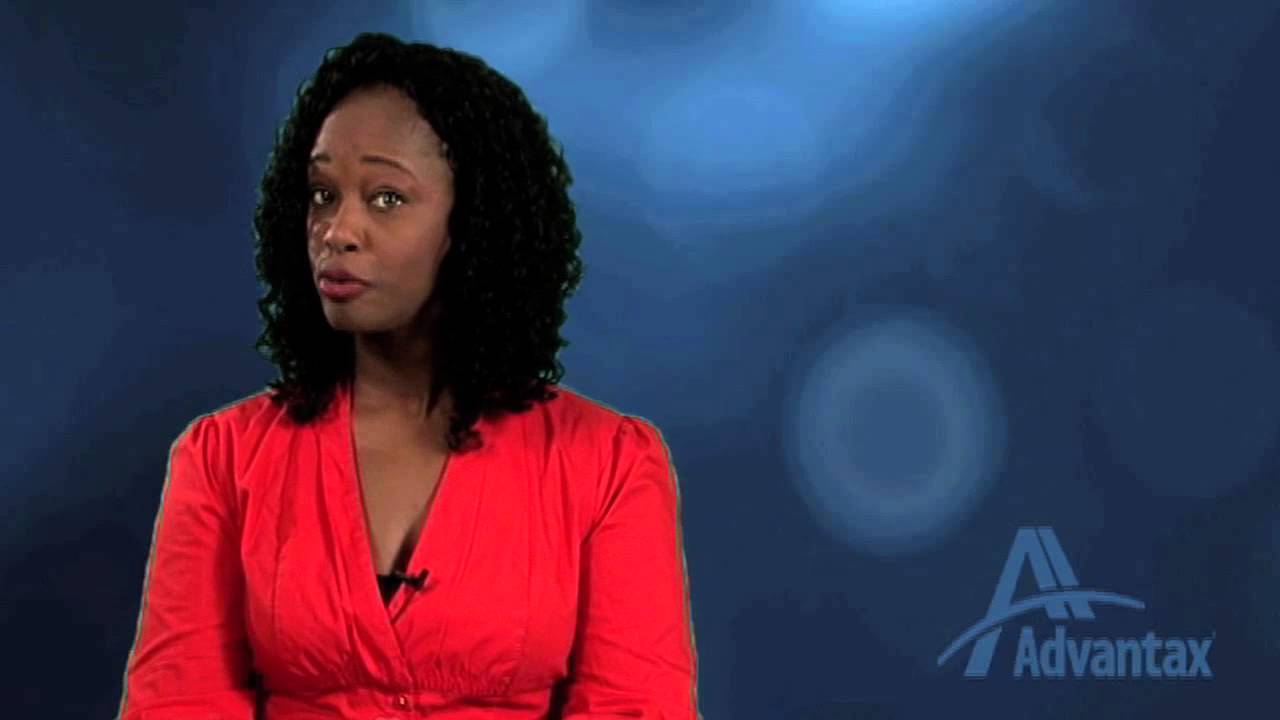 Even Property Tax History Repeats Itself

We know that property taxes are based on value, so why have they continued to increase while values have plummeted? The answer to this question can be found from looking into the history of the great depression.

Leading up to the 1930s, the economy was strong and many assessors had a tradition of repeating or slightly increasing their assessment rolls from year to year. That seemed to work fine until the depression hit – values dropped but tax bills didn’t. Some taxpayers even saw increases in their taxes. The housing market slowed and students stayed in school longer because there was no work. In 1932, property owners associations throughout the nation started to threaten local officials with tax strikes, and tens of thousands of taxpayers didn’t pay their bills.

These events led to property tax reform, limiting local government spending and shifting some of the property tax burden to other state taxes. It led to more counties assessing properties owned by public utilities and implementing homestead exemptions. From 1932-1933, sixteen states voted to implement property tax limitations, including the extinction of property taxes on intangible property, creation of exemptions for the sick, poor, elderly, farmers and homesteads, and “circuit breakers” to limit the percentage of income one would pay on property tax.

It seems that history has a way of repeating itself, even in property taxes. Eighty years from now, i wonder what they’ll say about the property tax reforms that came out of this economic downturn.

For more property tax news, visit us at advantax.com. 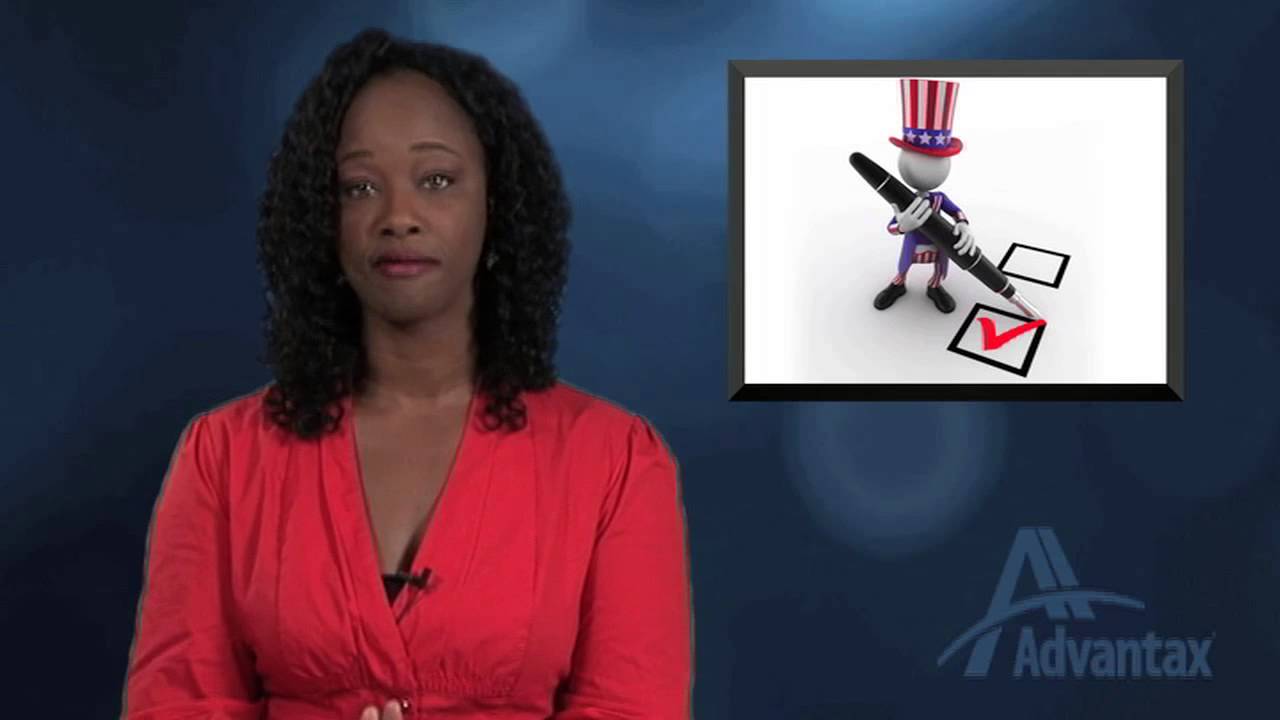 A great Disney movie is “Pirates of the Caribbean: the curse of the black pearl” from 2003. There is a part in the movie when Elizabeth boards the black pearl and attempts to negotiate a cessation in hostilities against Port Royal with captain Barbossa. She uses a medallion that Barbossa wants as leverage and cites the pirates code. Once he has the medallion in hand, Barbossa changes what she thinks they have agreed upon by stating that the “code is more what you’d call guidelines than actual rules”.

Taxpayers are required to report the taxable personal property at their location and in effect assist the assessor in determining fair market value. If the fixed asset listing for your company doesn’t accurately reflect the taxable assets at the location you might consider making adjustments to it. For taxpayers, fixed asset listings are also more what you’d call guidelines than actual rules.

For ideas on how to make appropriate adjustments on your personal property returns visit us at advantax.com. Thanks for watching Proptax minute. 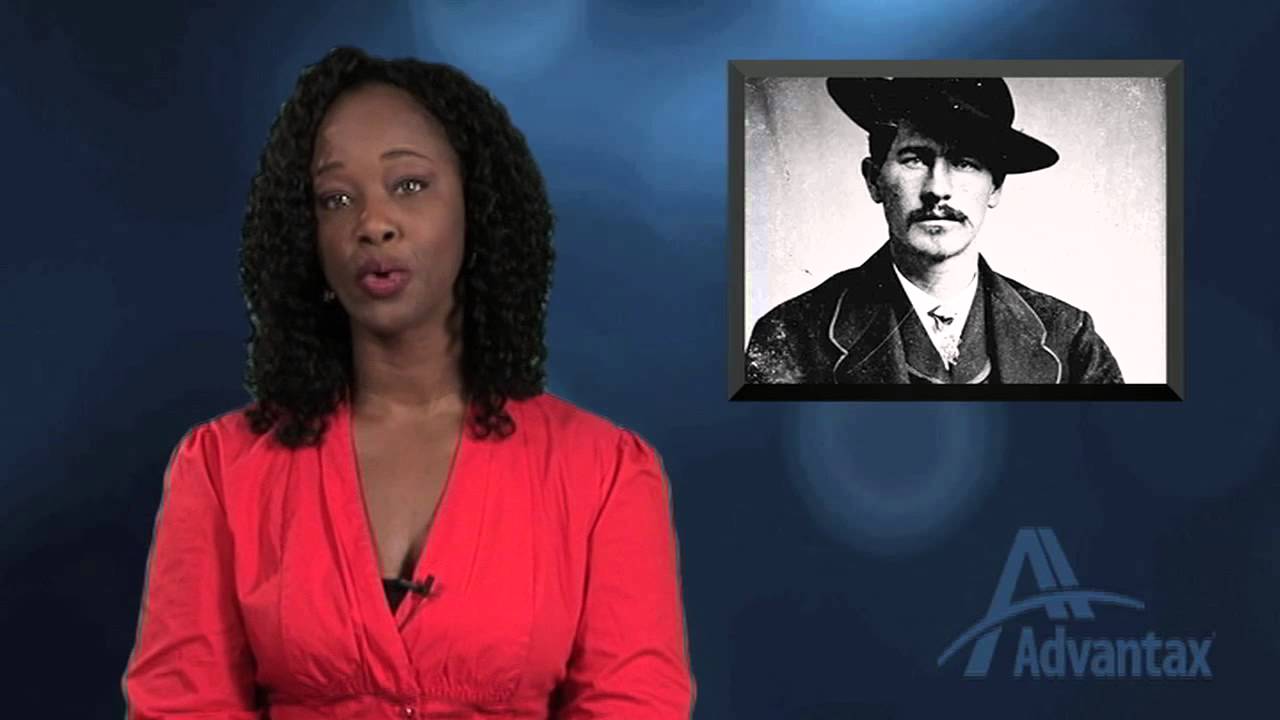 A New Sheriff In Town

During the nineteenth century, most of the taxes collected were either from poll taxes or property taxes. In 1818, Illinois was the first state to adopt the uniformity law, which required that land be taxed based upon its value. By the end of the century, 33 other states had also adopted the law. As pioneers began to go west and create settlements, the need for property taxes became apparent. And the sheriff became the assessor and collector of property taxes.

Wyatt Earp, a successful lawyer, moved to Tombstone, Arizona in 1870. His plans? To make his fortune by operating a saloon and gambling concession, but he decided to get involved in politics instead. He ran for sheriff against the corrupt incumbent, Johnny Beham. The corrupt law system of the wild west ran its course and Earp lost the election.

Following the election, Earp and his friends gave American history one of its most infamous shoot-outs at the ok corral. I wonder what he would have done if he actually won the election. Guess we’ll never know…

Thanks for watching Proptax minute. For more property tax news, visit us at advantax.com. 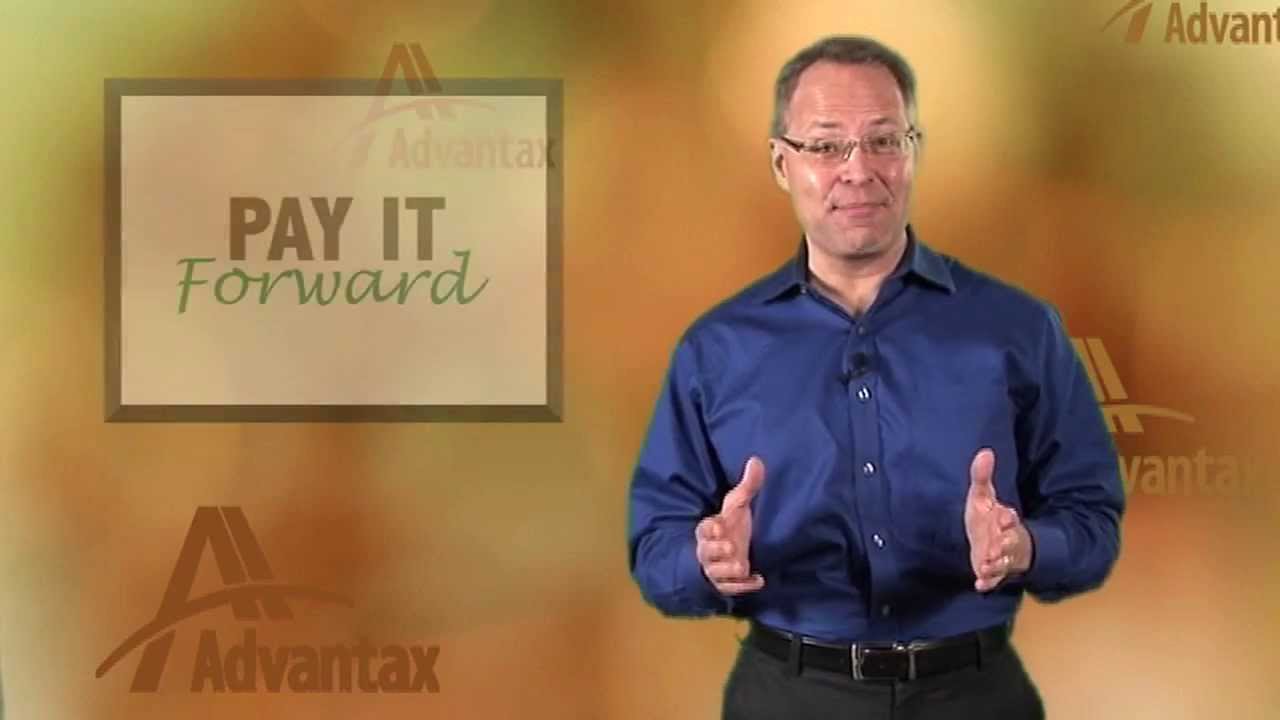 Owing Back Taxes on A Property Purchase
PropTax Minute

Owing Back Taxes on A Property Purchase

Consider this scenario. You go to your favorite restaurant, sit in your favorite booth and order your favorite meal. After enjoying that meal and paying the bill, you receive an additional bill. You’re confused!?! The manager explains that the additional bill is to make up the difference for prior customers who sat in the booth and received discounts. Senior discounts, child discounts, reductions from coupons. In fact, not only does he want you to pay the difference between what their bill would have been and what it was with the discount, he has also added interest. That sounds crazy, right?

A company recently purchased land in Texas for a restaurant they were planning to build. Shortly after completing the purchase, they received a property tax bill for 5 years of “back taxes”. The jurisdiction explained that the land had been considered agricultural when the prior owner had it. The company had changed the land use to commercial when they purchased it. Commercial land is taxed at a higher level than agricultural. Therefore, the company was responsible for paying the difference in property taxes between agricultural and commercial use for the previous 5 years, even though they didn’t own the land during that time. On top of that the jurisdiction charged 7% interest over the 5 year period, as if these additional property taxes should have been paid. That sounds crazy too, right?

It turns out that Texas Property Tax Code Section 23.55 actually allows this: “If the use of land that has been appraised as provided by this subchapter changes, an additional tax is imposed on the land equal to the difference between the taxes imposed on the land for each of the five years preceding the year in which the change of use occurs that the land was appraised as provided by this subchapter and the tax that would have been imposed had the land been taxed on the basis of market value in each of those years, plus an interest at an annual rate of seven percent.”

That doesn’t seem fair at all! I think we all understand the concept of “Pay it Forward” but this sounds more like “Owe it Backward”. 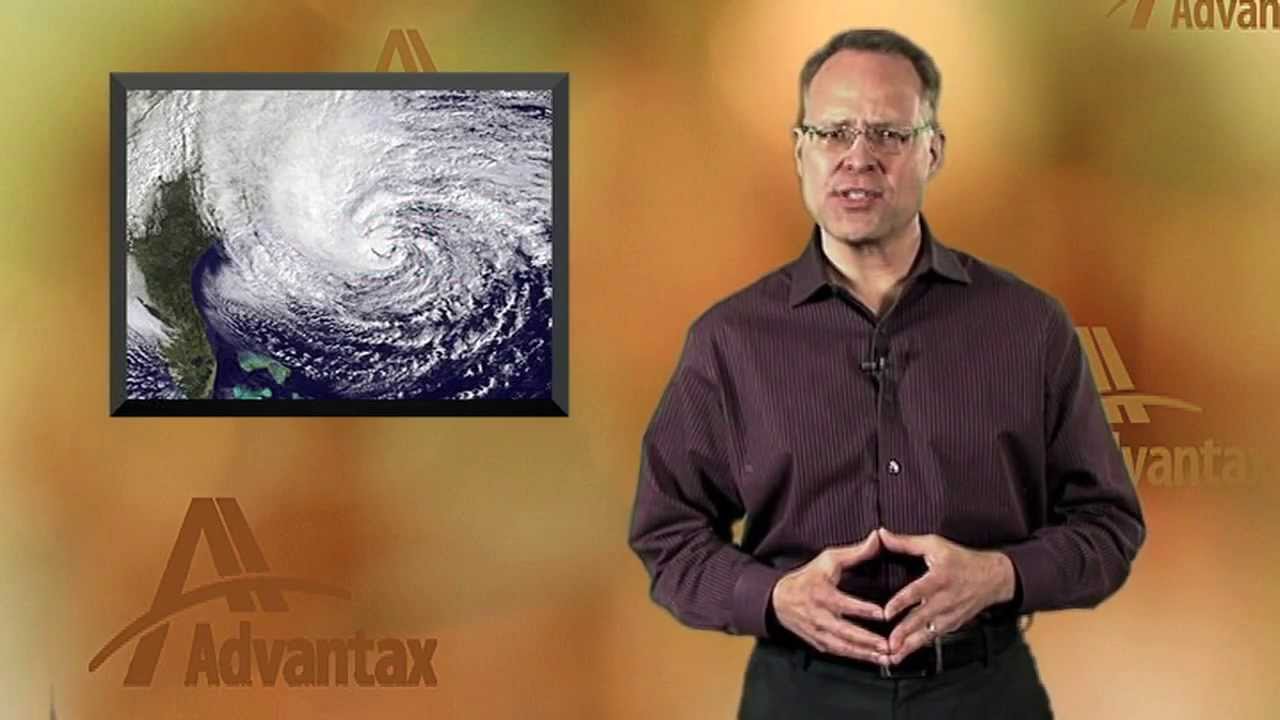 How much property value was lost from Hurricane Sandy? In the months after the storm hit, the New Jersey Division of Taxation created a system for tax assessors to track losses.

According to newly released figures by the New Jersey Department of the Treasury, property tax assessments on more than 40,000 properties in New Jersey will have been reduced by $4.3 billion as a result of the destruction caused by Hurricane Sandy. Ocean County, with a $3.6 billion reduction, had the largest property tax value reduction.

In most communities on the shore, the majority of total value for properties is found in the land. Only about a third of the total value is attributable to improvements. So, the $4.3 billion is based on damage to improvements. Using an effective property tax rate of 2%, that means $86 million in property tax dollars were lost (or redistributed). The good news for communities hit with this loss is that as properties are rebuilt, value will be regained.

What is lost will once again be found.

An Assessor, a Park & Property Taxes

Seaside Johnnies, a tasty beachside restaurant with a great name, has been operating at Oakland Beach in Rye Town Park since it was first built in 2000. It’s been exempt from property taxes because it functions within a public park. In fact everything within the park has been exempt from property taxes since 1907. In 2010 however, the assessor decided to revoke the establishment’s tax-free status, arguing that it should be taxed like any other commercial eatery. That decision did not sit well with the locales and created a standoff between the City of Rye (where the park is located) and the Town of Rye (who owns the property). In fact the Town of Rye sued the City of Rye over the property tax bill sent to Seaside Johnnies. The State Supreme Court has stepped in to settle the dispute, siding with the Town of Rye and ordering a refund of the property taxes imposed by the City of Rye.

This leads me to two questions: 1. Do you think Seaside Johnnies should be subject to property taxes? 2. Why would Rye be both a city and town? Did New York run out of unique names? 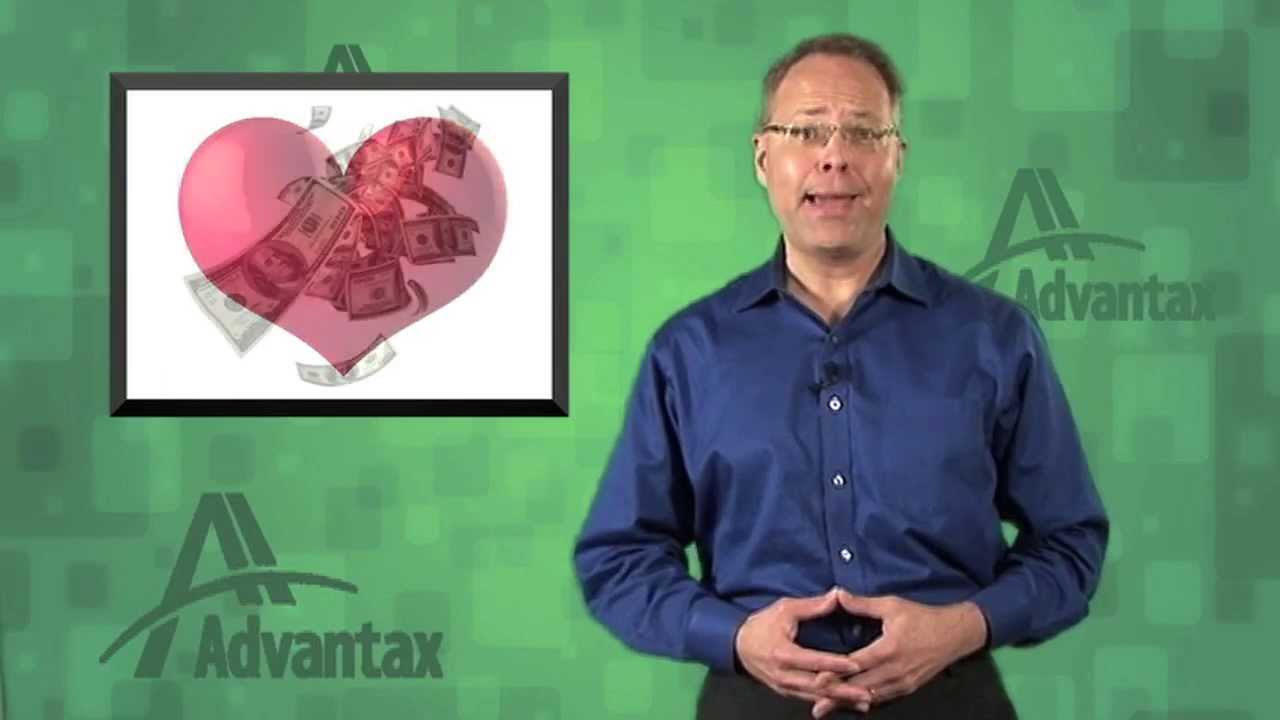 Divorce as a Property Tax Strategy?

Looking at current trends in valuation and property tax, a new strategy has emerged. Divorce.

Because of this hundreds of couples have gotten quickie divorces to avoid paying property taxes. It seems that the cost of an uncontested divorce is significantly cheaper than the property tax. After the divorce each couple is free to claim a home as their primary residence. The home can then be sold without the property tax obligation. Once the sale is complete, the couples can remarry each other.

I guess they marry for love the first time and money the second. Or is it the other way around? 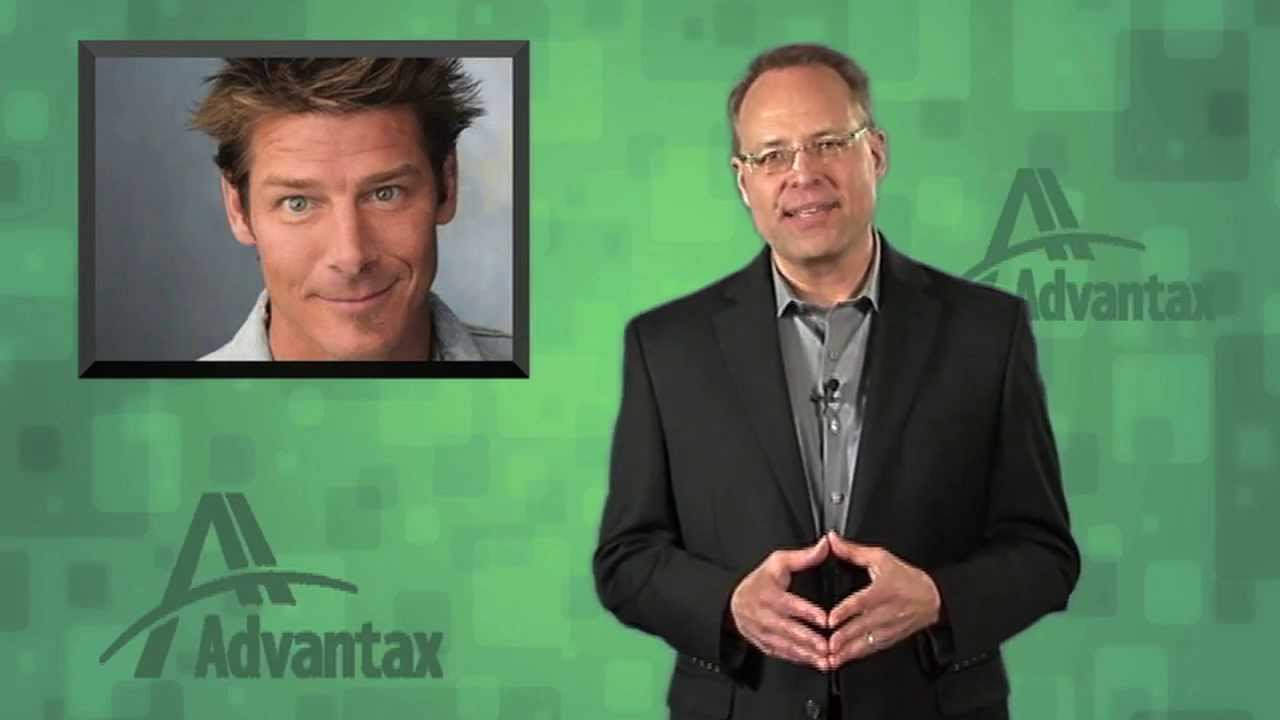 Welcome to Advantax, I’m Kevin DeSanti with your PropTax Minute.

Are you one of the 15+ million people who watched Extreme Makeover: Home Edition on a weekly basis from 2004-2012? For those who never watched the show, it was an American reality series where families struggling with ongoing hardship, natural disasters, and illness were given hope. The show coordinated with local construction contractors, companies and neighbors to provide a makeover of the family’s home while they were on vacation. It was both enjoyable and emotional. I mean, really, how could you not be moved when at the end of the show Ty Pennington says, “move that bus!” and their new home is revealed?

The positive effects of the show: families with a fresh start on life and a new or remodeled home in which to begin that life; communities came together to donate time and materials for a great cause; a general good feeling for all of us who watched this unfold. Unfortunately, there’s an unintended negative consequence as well. According to The Record (NorthJersey.com), at least a dozen “Extreme Makeover” houses have been given up by owners due to the increased property taxes and utility bills. One New Jersey family, whose house was redesigned with $100k worth of technology to assist members with disabilities, saw their property taxes more than double from $6,500 in 2007 to over $15,000 this year. It’s a big part of the reason for their moving.

I think we all understand the need for jurisdictions to collect property taxes in a fair and consistent way. We also know families struggling through hardship may not be able to afford increased property taxes. How do we move that bus? 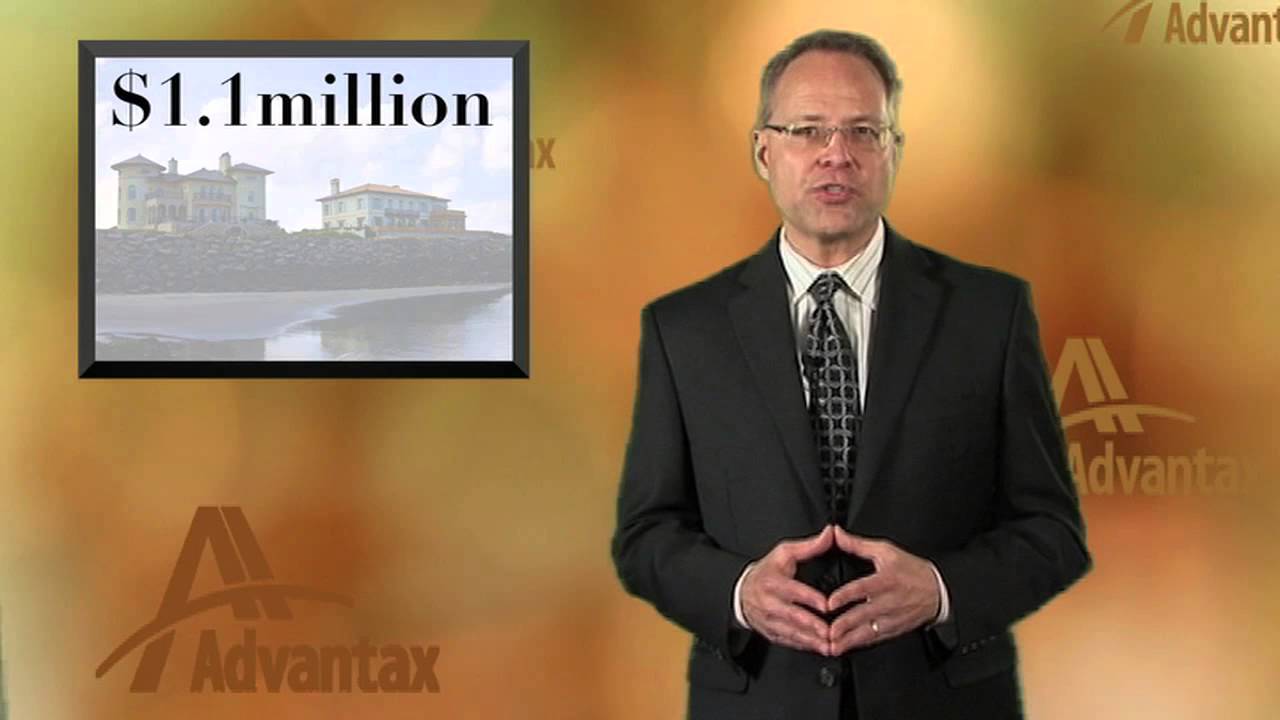 Originally the mayor’s house, which he has lived in since 1985, was built for $360,000. Last year the property was valued slightly over $1.1 million, which increased his property taxes to $31,056. The mayor, who said he thought he’d live in his home until he died, is now looking for another home in the township, where he can afford the property taxes. If that doesn’t work, he and his wife have purchased a $150,000 condominium in Florida with property taxes at a mere $2,569.

Unfortunately, the mayor isn’t the only one at the Shore who’s struggling to pay their property taxes. The Jersey Shore has the highest property taxes in the nation. It’s become the hottest political issue for politicians in the state. And, it doesn’t seem to be getting any better. Maybe Snooki and the gang were smart to get out while they still could.

For more property tax news, check out proptax minute at www.advantax.com. Thanks for watching